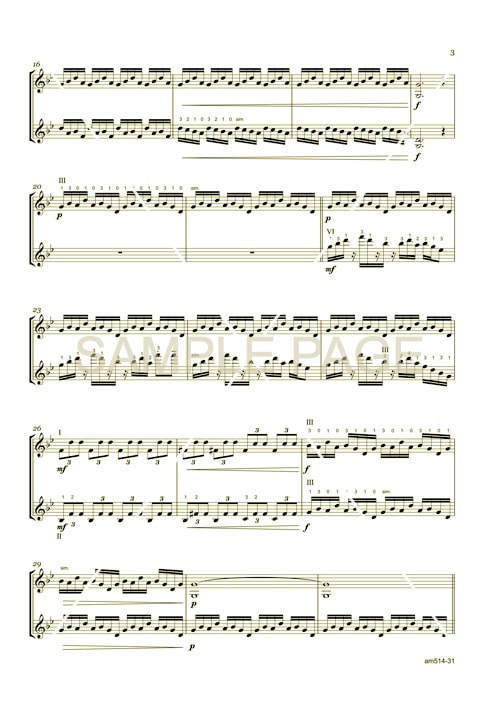 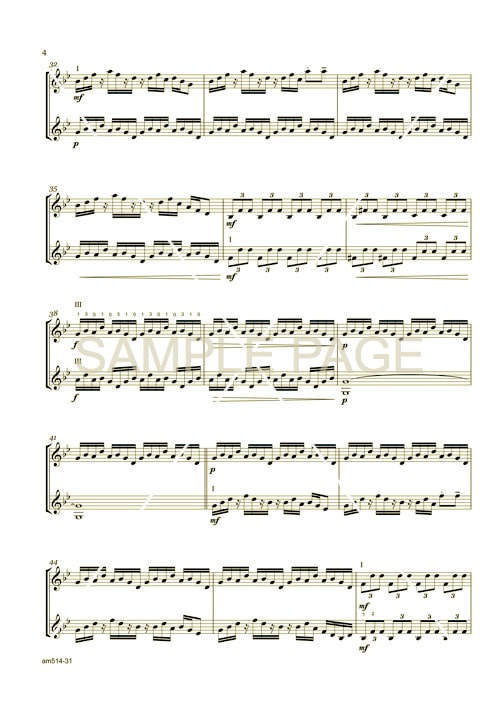 Walking the Streets of Amsterdam

Walking the Streets of Amsterdam is a contemporary mandolin duet influenced by American Minimalism. This piece has shifting patterns in the style of Steve Reich and harmonic structure in the style of Philip Glass. Aside from those influences, can be found the typical groove that is common in many of Chris Acquavella’s compositions. Acquavella composed this piece after a trip to Amsterdam. One can hear, in the shifting 16th note patterns, the chaos of walking through the mixture of tourists, Amsterdam locals and hurried bicycle riders on the narrow city streets of this picturesque city. The tourists would stop quite frequently and abruptly to look at the architecture or their iPhone maps. As one tries to avoid bumping into the tourist, the Hollander biker would ring their bells to remind you to stay out of their way. Luckily one could find serenity on the many canal cruises.
​
Performance Notes:
Even though a good portion of the piece can be played in first position, the performers should take notice of the various fingerings and marked positions in order to obtain the tonal and harmonic effect. The majority of the shifting patterns need to be played in 3rd position in order to get the desired mixture of open string and fingered notes to overlap; creating a particular soundscape. It is important that the two mandolinists are very even, rhythmically and in volume, when playing the shifting patterns; no one particular musician should be louder than the other. This changes when one player has the melody line. The overall piece should have a drive and energy that lifts audiences from their seats.